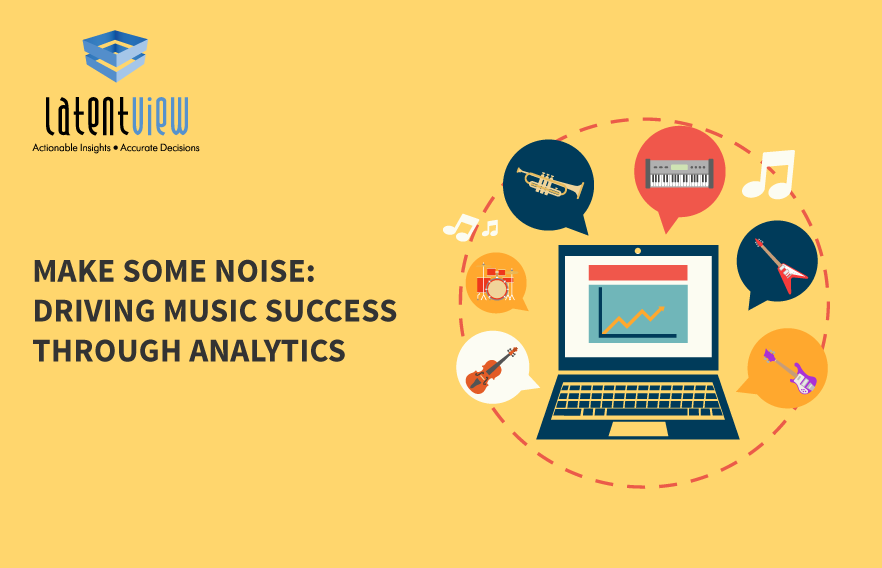 In May 2015, music streaming service, Pandora, bought Next Big Sound, a music analytics service. The deal came in succession to several other similar acquisitions in the sector. Spotify purchased Massachusetts-based music data firm The Echo Nest, while Apple purchased media analytics company Semetric, the company behind the Musicmetric music analytics platform. These acquisitions point towards a growing trend in the music industry – the industry is gradually moving from gut-driven to data-driven. 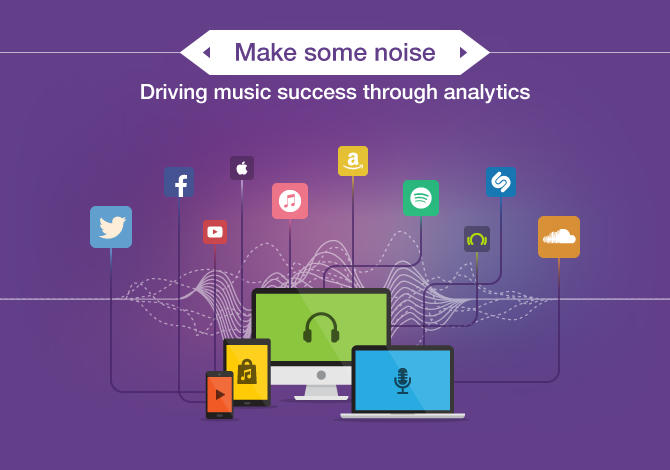 From magic to math!
Gone are the days when a song’s success depended on the artist and their work alone. Today, there are a plethora of things happening in the background to make a song a hit and analytics plays a big role in this process!

In the past, record label companies worked right from the pre-production stage of a song, till the promotion, distribution and final release of the song. The entire process involved signing artists, approving material, funding production, marketing, distribution and managing copyrights.

The major chunk of a music label company’s investment went into the Artist and Repertoire (A&R) department. They were responsible for signing artists, assisting artists to the choose songs, musicians and production staff/crew. According to a recent study conducted by International Federation of the Phonographic Industry (IFPI), music label companies invest as much as $4.5 billion annually in the A&R department.

But this huge investment was characterized by huge risk too. Companies did not have clear metrics to decide whether a song would be hit and if they would be able to gain greater ROI.

This is where machine learning came into play. Predictive algorithms helped music labels get an idea about a song’s success; this helped deciding whether a song was worth investing in. It also helped them take necessary steps to make the song a hit!

A song’s success is not magic. It’s pure math! If the machine gets the math right, it can then start predicting the song’s success and start providing suggestions to push the song higher up the charts.

How do these predictive algorithms work?

The mathematical equation
It depends on a few important variables, and these variable can be broken down into three major categories.

Lyrics: Lyrics play a major impact on a song’s success. NLP is used to identify lyrical factors such as sentiment of the song, length of the song, words used and so on.

Marketing: Marketing a product is sometimes as important as the product itself. In the current fast-paced music industry, marketing plays a huge role in the reach of the song and assuring optimum return on investment. Data analytics is used to help companies decide on marketing strategies, target audience and much more.

The way forward
With in-depth information about what works and what does not, music analytics is set to change how music production works. From predicting the standing of any given lyrics in the billboard to prescribing the best music, to helping the marketer devise a solid promotional strategy, music analytics is gradually finding its way into various stages of music production. The days are not too far when Artificial Intelligence will be used to compose the melody for a song based on suggested lyrics, genre and mood. In an industry which is all about finding the right mix to garner audience attention, music analytics will no more be a luxury but a necessity.