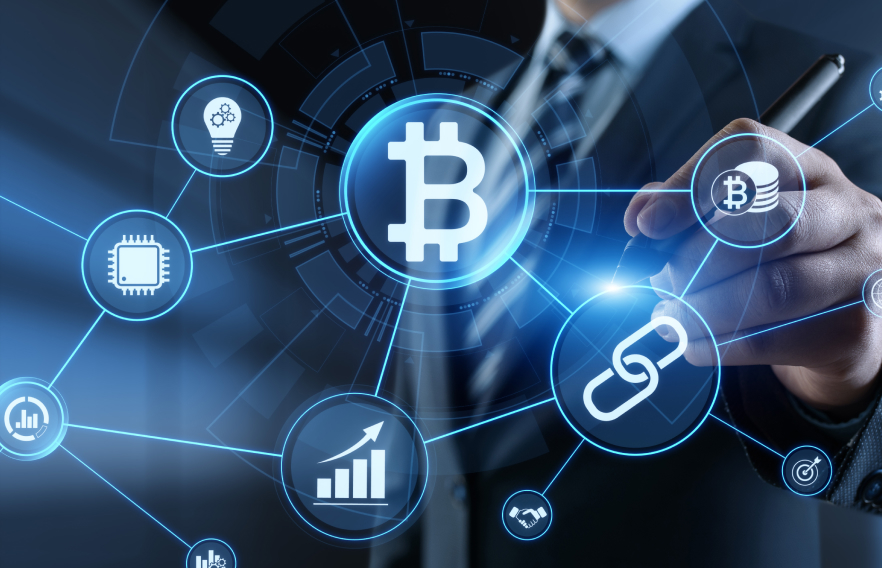 An Introduction to Cryptocurrencies and Blockchain

The Dawn of Cryptocurrencies and Blockchain

Whenever a new technology, which is a product of a few previous decades of research and hard work emerges, people from several walks of life may doubt and criticize the revolution that it might cause. But, on the other hand, technology leaders may be astonished and embrace it. Eventually, when it gets commercialized, people may wonder why its potential wasn’t evident in the beginning. Technologies that have gone through this process include Personal Computers in the 1970s, the Internet in the 1990s, and Cryptocurrencies in the 2010s.

Evolution of technology that addresses the drawbacks in digital payments

Money has been a part of human history for several centuries in some form or the other. However, money has seen a massive revolution from the barter system of transactions to the current cryptocurrency system. With the advent of the digital age in the 21st century, money took its digital form, succeeding its previous physical form. Money evolved to a new form to address the problems in its current state and the economy.

There have always been two fundamental problems in any digital payments system.

The time-tested solution for this problem is the involvement of a trusted third party, which is permitted to have access to the private information of the availability of the funds. This ensured a safe transaction between the two parties without losing funds or information. But these intermediaries charged hefty fees for their service, and it is estimated that the current cost to consumers for cross-border payments is 6.5%.

There is also a problem that these intermediaries can be hacked, compromising vast amounts of private data. A real-life example of this would be the Equifax hack of 2017, where the private details of around 145 million Americans were compromised.

Cryptocurrency and its underlying technology, Blockchain, can address this problem by replacing a centralized trusted authority with a distributed network of users, achieving a decentralized peer-to-peer payment system.

What is a Cryptocurrency?

A cryptocurrency is a digital or virtual currency secured by cryptography, making it nearly impossible to fake or double-spend. Most cryptocurrencies are decentralized networks and are based on blockchain technology—a distributed ledger enforced by a disparate network of computers.

More precisely, cryptocurrencies facilitate payments – or other exchanges of information – between people without the oversight of a central body (like a government or a bank).

So, what is a blockchain, and how does it work?

A blockchain is a distributed database shared among the nodes of a computer network. As a database, a blockchain stores information electronically in digital format.

The primary cryptographic mechanism used in Blockchain is called cryptographic hash function – a mathematical algorithm that creates a mapping from random data to a bit string of fixed size.

Cryptographic hashing is a one-way function, and it is impossible to decrypt. On the other hand, SHA-256 is a popular hash function used in cryptocurrencies, and it creates a digital signature for any input data to a 256-bit hash.

Any given hash can be solved only through the brute-force method, i.e., trial and error. This ensures that one cannot easily recreate the original message from the hash value, and it is also impossible for two different messages to create the same hash value. In addition, this feature enables the network of peers to view the transactions occurring between any two parties.

Each set of new transactions is combined into one block. Data on each block of transactions creates a unique hash or digital signature corresponding to that set of transactions. An additional piece of data included in each block is the hash from the block immediately before it on the chain.

This data structure ensures an irreversible timeline of data when implemented decentralized. Hence, when a node tries to make even the slightest change in the ledger, the hash that the individual generates will not match the other blocks’ hash and, therefore, be discarded. This ensures complete security for the system.

Types of Blockchain systems and their business use cases

While both permissioned and permissionless Blockchain provides similar value propositions, their mode of control and consensus mechanisms makes one more suitable than the other in specific applications.

Operation of Cryptocurrencies on Blockchain

Cryptocurrency is the most popular application of Blockchain. The supply of cryptocurrencies to the market is fixed. They are released by a process called mining, where miners or nodes in the Blockchain network receive them as a reward for approving transactions and adding the transaction details to the Blockchain.

Technically, any node in a network can add a new block of transactions. To add a block to the network, the node should solve a complex mathematical puzzle based on a hash function which can be solved only by brute force, and present the evidence of the solution to the other nodes in the network for them to solve it. In reward of this effort, the node that solved the puzzle will be given new cryptocurrencies, and that’s how the market supply of cryptocurrencies increases. This process is known as mining. As a reward for approving the effort, the rest of the nodes get their share of transaction fees. This whole mechanism is called the consensus mechanism.

Proof of Work is a decentralized consensus mechanism that underpins the security of the Blockchain and the legitimacy of the mined blocks to build trust in a decentralized network.

To mine a block, miners solve a complex mathematical problem. The first miner to solve the problem will broadcast his solution to the network, and others can approve his work and earn their share of the transaction fee. In this way, it can be ensured that only the miner who has invested enough work will earn the right to update the Blockchain.

On the flip side, Proof of Work requires a considerable amount of computation power and energy, and it will only increase as the number of nodes in the blockchain increases. Reports suggest mining consumes 132.5 terawatt-hours per year because it is energy-intensive. This has led to miners joining hands to create more powerful computer systems to validate transactions and earn cryptocurrencies, defeating the meaning of decentralization.

Hence, this led to developing an alternative consensus mechanism – Proof of Stake.

Proof of Stake states that a miner should keep some coins in stake to mine. Hence the mining power of a miner is determined by the number of coins he puts at stake. It is an alternative consensus algorithm that tries to address the scalability and environmental sustainability concerns surrounding the proof of work (PoW) mechanism.

This process adds some responsibility to the miner to validate the transactions cautiously. This is because he would have placed some of his cryptocurrency at stake, which would be penalized by a slashing process if he validates a bad block of transaction.

To understand how a cryptocurrency transaction works, we can illustrate a pictorial example of a Bitcoin transaction. Founded in 2009 and touted as the world’s first cryptocurrency, Bitcoin is the most popular and valuable cryptocurrency available today, with a market capitalization of nearly $1 trillion. It runs on the Proof of Work consensus mechanism.

Cryptocurrency is still in its early stages of development, but it is expected to achieve immense stability over time. This stability makes it a better store of value, making it more reliable and increasing its business application. The Governments and Central banks can leverage this time and regulate it better to harness its potential. Its underlying technology, Blockchain, has already been implemented in several business use cases. Also, with the advent of the Metaverse concept, its future looks promising.