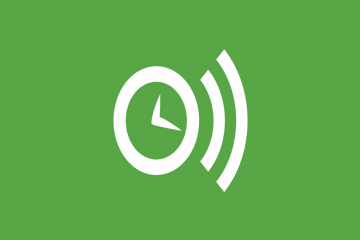 Periodicity of a Seasonal Time-Series

The previous articles have presented a practical, if not purely statistical, perspective of the bases upon which some of the popular time-series modelling techniques have been formulated. In continuation to that discussion, the current article explores the attributes of a time-series, some of which serve as inputs to our modelling approaches whilst the others serve as criteria for the selection of appropriate models.

One such significant attribute of a time-series is its Periodicity which is pre-requisite in modelling the seasonal & cyclic components of the time-series.

DEFINING THE PERIODICITY ATTRIBUTE
In simple terms, Periodicity of a time-series can be defined as the no. of data-points or observations in a single season. Consider the following cases;

Here is a summary of some common periods in time-series: .

However, most of the time series available from the datasets in different domains do not always come with known frequency or regular periodicity. In such cases, we need to identify any intrinsic periodic patterns in the data. There are certain tools which help us in this exact context; identifying any inherent periodicity of a time-series. These tools can be segregated into two domains based on their functional nature; analyses of the Time Domain & the Frequency Domain

TIME DOMAIN ANALYSIS
Time-domain analysis of a time-series involves observing the variation of amplitude of the time-signal with respect to time, hence the name Time-Domain analysis. An example of such a tool is the Auto-Correlation Function (ACF) function. 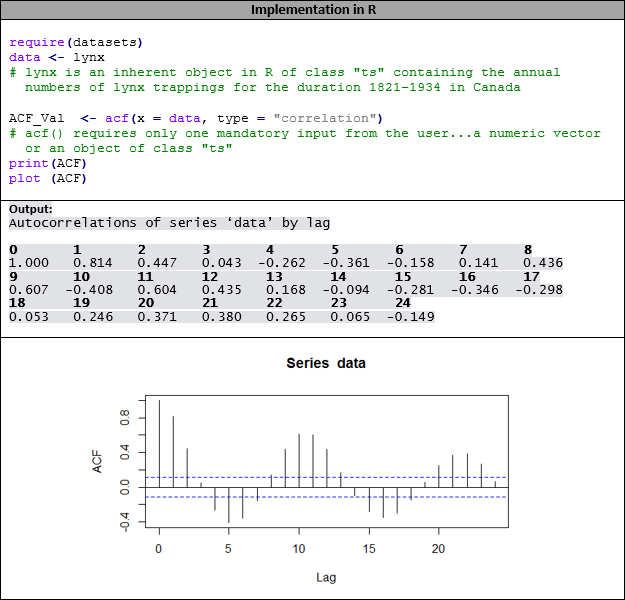 Periodogram: a tool for Frequency Domain Analysis
One of the tools we use for spectral analysis is a graph named Periodogram. The entities plotted on the Y & X axes are Spectral Density & Frequency respectively. Fundamentally, a Periodogram plots Variance per unit frequency (Y axis) for a range of possible frequencies (X Axis).

• The area under the curve bounded by two frequencies on the X-Axis represents the variance in that specific frequency band.

• A peak on the graph or spectrum, represents relatively high variance in the frequency band centred on the peak. Hence, frequency corresponding to a local maxima of the Spectral Density in the Periodogram can be interpreted as a dominant seasonal cycle in the time-series.

Smoothening the Periodogram.
It should be noted that the Periodogram is a discrete function, i.e. it calculates spectral densities on the Y-Axis for finite & particular values of Frequency on the X-Axis. Sometimes due to a high level of noise in the time-series, the raw Periodogram plot doesn’t show any clear maxima outright. In such cases, we can smoothen the periodogram so as to dampen the variance of the data and clearly identify a significant peak. 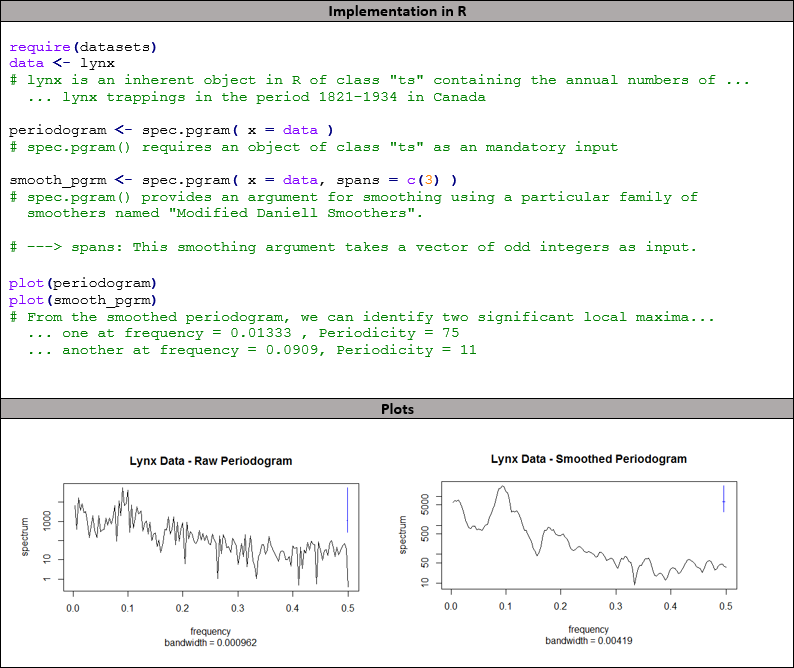